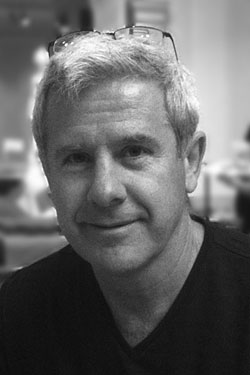 Jonathan Dimes is the Creative Director of JDimes MediVisual, a company he created in 2004 after two decades as an in-house Medical Illustrator and Art Director.  After graduating from the University of Michigan in 1993 with a MFA in Medical and Biological Illustration, he began his career at the Johns Hopkins School of Medicine illustrating cutting edge procedures while serving on the faculty of the Art as Applied to Medicine Medical Illustration masters program.  In 1986 he moved to Munich, Germany to work on a series of surgical atlases for Verlag Urban & Schwarzenberg.  With his recommendation to purchase computers, he helped transition the company into the digital age and become one one of the first in Germany to create digital medical art.   It was here that he also first took on the role of Art Director, something he would continue to do upon returning to the United States in 1996. For the next 8 years at Wolters-Kluwer/LWW, he was the company’s Art Director before assuming the role of Digital Asset Manager.  He was responsible for implementing the company’s first digital asset management system for the publisher’s image assets.  From 2004 to 2005 he was responsible for overseeing the Frank Netter art collection while commissioning new art to compliment the collection.  In 2006 he founded JDimes MediVisual Communications.

I am one of those fortunate individuals who has always enjoyed his job.  Perhaps the best part is that I get to tell stories by taking complex information and repackaging it visually to make it more easily understood by the physician, student, or lay individual. Conceptualizing an approach is often the most creative aspect of being a medical illustrator, but executing that concept resulting in an effective visual is the most rewarding.  I look forward to working together.